No Gimmics, No Smoke, No Mirrors… Just a mouthpiece that makes your job easier!

The James Houlik saxophone mouthpiece is designed to provide what most of us are looking for:

James Houlik mouthpieces are made in the U.S.A. of the finest hard rubber. They are play tested and selected according to your desired playing style and intended use. Your satisfaction is guaranteed if the mouthpiece does not serve your purposes return it for a prompt refund.

One less thing to worry about
Experience the freedom! 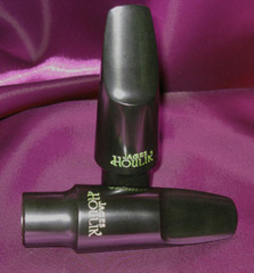 “Thank you! I have had your mouthpiece for a few months now and it is a joy to play! Right out of the box it positively impacted my playing and required only a few experiments with reed brand and strengths. The articulation response and the ease with which I can transition into the altissimo register is beyond any of the other mouthpiece options which fill my shelf.”

“Your mouthpiece is a work of art. It sings with great resonance.”

I’m just getting back to you about the mouthpiece. I have played on it for a month and it is spectacular. Thank you very much.”

“I want to tell you how well your mouthpiece works. It is very responsive, provides plenty of volume, and offers a great sound” 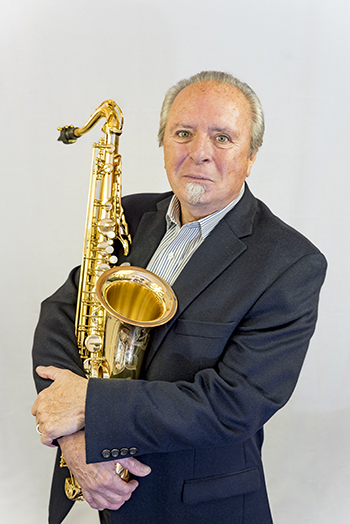 James Houlik is the leading performer on his instrument in the world. His pioneering efforts on behalf of the tenor saxophone have resulted in the composition of more than eighty-five new concert works for the instrument, and important performances around the world. From the East Room of the White House, to solo appearances with orchestras in London, Prague, Istanbul, Berlin, Chicago, Phoenix, and New York, to recitals in the music capitals of the world, James Houlik has redefined the role of the tenor saxophone.

He has worked closely with many composers to foster the development of a repertoire for his previously neglected instrument. Among the more than 85 pieces composed for are concerti by Robert Ward, Morton Gould, David Ott, Sherwood Shaffer, Eric Ewazen, Walter S. Hartley, Russell Peck, Paul Harvey, Vache Sharafran, as well as dozens with band, piano, and in chamber settings.

Through the years, James Houlik has appeared in such major venues as Carnegie Hall, Lincoln Center, Town Hall in Toronto, The Smithsonian Institution, and London’s Barbican. He regularly visits university campuses throughout the United States as a performer and as a teacher of clinics and master classes.